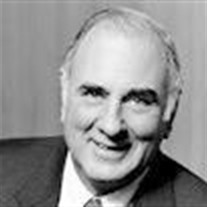 Stuart Scott, former Chairman and CEO of JLL, a global leader in commercial real estate services and investment management, dies at 80. Stuart L. Scott, who played a central role in building Jones Lang LaSalle Incorporated from a small regional company into a leading global commercial real estate services and investment management firm, died at his home in Lake Bluff, Illinois, on February 25. He was 80. The cause was complications related to Non-Hodgkin Lymphoma, said his wife of 37 years, Anne O'Laughlin Scott, a retired Cook County judge and former Commissioner of Martin County, Florida. A founder of LaSalle Partners, and then JLL, Scott dedicated his life to the challenge of bringing professionalism, superior services, high ethical standards and a commitment to act always "in the client's best interests" to the commercial real estate industry. He led the firm's rapid growth, including its initial public offering in 1997 and a range of mergers and acquisitions highlighted by the 1999 merger of LaSalle and UK-based Jones Lang Wootton to form Jones Lang LaSalle. He remained Chairman and Chief Executive Officer of JLL until his retirement in 2005. Scott served as Chairman of the Board of Directors of LaSalle Hotel Properties from 1998 to 2000, and then again from 2009 to 2018. He also chaired the LaSalle Street Fund – LaSalle Investment Management's first institutional commingled fund -- the Florida Office Property Company, and other LaSalle-sponsored funds.In 1999, Scott was named "Real Estate Executive of the Year" by Commercial Property World. In 2004 he received the "Urban Land Institute Lifetime Achievement Award". Throughout his career, he was well known as a friend and mentor to many individuals in the real estate industry and in other professions.In addition to his wife, Scott is survived by seven children and their spouses: Alexis; Sarah and John Howell; Charity; Antonia and Richard Feingold; Fiona and Daryl Mechem; George; and Phoebe. Scott had nine grandchildren: Penelope Tornes; Henry, Amelia, Tally and Stuart Mackey Feingold; Declan, Theodora and Georgie Mechem; and Winnie Volpe. He was born in Montreal in 1938. His father was an actuary, and his mother was a homemaker.Scott was a proud graduate of Hamilton College and chaired its Board of Trustees from 2002 to 2008. He was named a Life Trustee and Chairman Emeritus of the Board of Trustees by the Clinton, New York, liberal arts college. He earned a J.D. degree from Northwestern University.Scott was a long-time Director of the Rehabilitation Institute of Chicago, where he served as Chairman of the Board for seven years. He was also a trustee of the African Wildlife Foundation, a Nairobi-based non-governmental organization, and of NumbersUSA, a Washington, D.C-based education and research foundation. His family will hold a private ceremony to honor Scott's life and legacy. Individuals who would like to recognize and celebrate Stuart Scott's life are encouraged to make donations to the African Wildlife Foundation (www.awf.org).

The family of Stuart Lothian Scott created this Life Tributes page to make it easy to share your memories.

Send flowers to the Scott family.