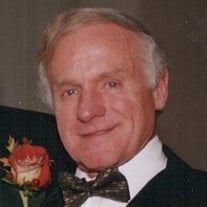 Peter W. Smith, 81, of Lake Forest, Ill,, passed away on May 14, 2017. He is survived by his wife Janet, three children, Linda (Ransom), William and David Smith, and three grandchildren Tommy, Sara, and Ryan Ransom. For more than 40 years, Peter directed private equity firms in corporate acquisitions and venture investments. As Managing Member of DigaComm, LLC, from 1997 to 2014, he led or co-led 15 early-stage venture investments, including iPIX and L-90, Inc. From 1975 to 1997, he was President of Peter W. Smith & Company, Inc., a firm that led 12 buyout transactions, including Donnelly Marketing, Inc. and Hunter-Melnor, Inc. Previously, Peter was a senior officer of Field Enterprises, Inc., a diversified communication company held by the Marshall Field family. Peter’s active involvement in public affairs spanned 60 years. A quietly generous champion of efforts to ensure a more economically and politically secure world, he worked with the Atlantic Council of the United states for 12 years, as board vice chair, treasure and finance chairman. Other policy organizations in which Peter was active included the Heritage Foundation, Center for Strategic and International Studies and the Brookings Institution. He served as national chairman of the College Young Republicans and in later years was involved in fundraising for the Republican National Committee, GOPAC, and candidate and state party organizations. Peter was a loyal friend and mentor to many who became part of his life through his wide-ranging business and public affairs initiatives. He was an unwavering source of help and inspiration for members of his [extended] family. In business and political matters, he was adept at bringing people together and negotiating agreement. Among his guiding axioms: “What one says does not count; it’s what the other person hears that counts.” “There are no mistakes in life, only lessons learned.” Peter will be remembered by his family and others who knew him well as someone who demonstrated through countless kindnesses that he cared more about others than himself. A private family memorial service has been planned. In lieu of flowers, memorial gifts may be made to a favorite charity. Please share a memory or send condolences at Reuland & Turnbough Funeral Directors of Lake Forest at www.RTfunerals.com

Peter W. Smith, 81, of Lake Forest, Ill,, passed away on May 14, 2017. He is survived by his wife Janet, three children, Linda (Ransom), William and David Smith, and three grandchildren Tommy, Sara, and Ryan Ransom. For more than 40... View Obituary & Service Information

The family of Peter W. Smith created this Life Tributes page to make it easy to share your memories.

Send flowers to the Smith family.