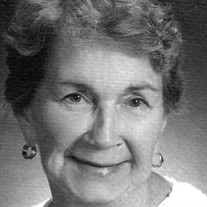 Mary Louise Nichols Dalton, 96, died suddenly on September 12, 2021 in Lake Forest, Illinois. She was born June 3, 1925 in Charles Town West Virginia to Lewis Duke Nichols and Louise Allstadt Watson Nichols. She was the second of three sisters and lived her first 18 years in historic Harpers Ferry, West Virginia, the town made famous by abolitionist John Brown’s raid. After high school, she moved to Arlington, Virginia to live with her aunt and uncle, and to make her way in the working world. She worked as a secretary for the FBI and an orthopedist and she had a grand old time working and dating in Washington DC. A good friend set her up on a blind date with a handsome young man named Stan Dalton and she later said she knew she loved him the first time they met. They were married December 18, 1948 and lived in DC while she worked and Stan put himself through law school. Their first child, a son John, was born there in 1950. They moved to Evanston and Stan began practicing patent law with a Chicago firm. The 1950’s brought three daughters into their lives, Mary, Jill and Lucy. Mary Lou was a busy and happy homemaker. They built a house and settled in Lake Bluff in 1955. Mary Lou lived a life of service to her family and her community. She was a Cub Scout den leader and Girl Scout troop leader for her kids. She was a tireless volunteer at Great Lakes Naval Base Hospital during the Vietnam war, and often invited young soldiers for holiday dinners when they couldn’t make it home. She founded and led for many years the Leisure Time Ladies group for senior ladies in Lake Bluff, organizing bi-monthly meetings with speakers and activities. She had a real heart for the elderly. She was active in leadership with women’s groups at Grace United Methodist Church in Lake Bluff. The family hosted three exchange students over the years, young women from Taiwan, Australia and France. After the kids were grown, Mary Lou greatly enjoyed a part-time job at The Initial Choice in Lake Bluff. In 1990 Mary Lou and Stan left Lake Bluff for warmer climes near Greenville, South Carolina, but she had no trouble making great new friends down south. By now, two grandchildren had entered the scene, and many trips were made between South Carolina and Springfield, Illinois to spend time with them. Stan and Mary Lou enjoyed five wonderful years together at the big house on the lake until Stan died in 1995, but the strong connections she had made kept her down south for almost ten more years. In 2004 Mary Lou decided Lake Forest Place was a great fit and she enjoyed her cottage and being closer to her family. A move into an apartment in the “big house” made sense in 2018 and she loved being just down the hall from her friends. She was an active participant in art class and won many a Rummikub match. Her sense of community never wavered; she knew all the staff persons’ names and stories. She was always befriending someone who was new, or didn’t know many people, inviting them to her group dinner table. She was a lifelong servant and caregiver of those around her and a sterling example to her family. She was preceded in death by her parents, her two sisters Natalie Nichols Hill and Elizabeth Duke Ruczko, her beloved husband, Stanley Charles Dalton, her son John Nichols Dalton and her infant daughter Jen. She is survived by her daughters Mary Christine Dalton, Jill Robbins Dalton and Lucy Allstadt Dalton-Lackie, her son-in-law Robert Lackie, and two grandchildren, Kathryn Lackie and David (Elodie) Lackie. In lieu of flowers, memorial contributions may be made to Grace United Methodist Church, 244 E. Center Avenue, Lake Bluff, IL 60044 or the Paralyzed Veterans of America at https://pva.org/contact-us/. A memorial gathering from 2pm-4pm will be held on Wednesday, October 13, 2021 at Gorton Community Center, 400 East Illinois Road, Lake Forest, IL 60045. Interment will be private For additional information contact Reuland & Turnbough Funeral Directors of Lake Forest, 847-234-9649 or www.RTfunerals.com.

The family of Mary Louise Nichols Dalton created this Life Tributes page to make it easy to share your memories.

Send flowers to the Dalton family.