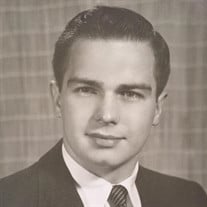 Leslie Ridgway Graham (Les) of Naples, Florida, formerly of Lake Forest, Illinois, passed away peacefully in his home on June 15, 2017. He is survived by his beloved wife of 61 years, Elizabeth, and by his four children, Les (Laura), John (Lorin), Scott (Bonnie), and Debra Staiger (Mike), as well as his brother Jack of Cincinnati. Les was a loving grandfather to eight. Les attended high school at the Asheville School in N.C., then a small, all-boys preparatory school. At Asheville, Les was an accomplished athlete in all seasons of the year, and he particularly excelled on the baseball team. He enjoyed the camaraderie of his classmates and cherished those memories throughout his life. After Asheville, Les attended North Carolina State for a year before transferring to Purdue University where he received his BS in Chemical Engineering. Upon graduation Les briefly worked for Union Carbide Chemicals Corporation before being called to active duty with the Air Force. He served three years in the Strategic Air Command as a navigator, flying KC-97 aircraft refueling tankers. Les resumed his business career in the Chicago area, spending 17 years with Lawter Chemicals Corporation where he rose to Executive Vice President. During this time he completed his MBA at the University of Chicago. Les left Lawter to become President and CEO of Calumet Industries. At age 47, however, while vacationing in Bermuda, he was severely injured in a moped accident which left him unable to continue his career. Despite this setback, Les never lost his sense of humor or his optimism, and he never had a “why me?” moment of self-pity. Les lived life fully, enjoyed his family and friends, his bridge groups and was a staunch supporter of his beloved Cincinnati Reds and all things Purdue. Though Florida residents, Les and Liz continued to spend the summer months in Lake Forest, enjoying a 50-year connection to the area. Les’ family will remember him for his support and generosity, and will particularly treasure memories of his “take-no-prisoners” approach to family games of Hearts and Spades. He will be greatly missed by all, and we know that in heaven he will be enjoying two strong legs, a good sense of balance, and will be sporting a Cheshire grin on his face and a twinkle in his eye. A private family memorial service is planned at a later date.

Leslie Ridgway Graham (Les) of Naples, Florida, formerly of Lake Forest, Illinois, passed away peacefully in his home on June 15, 2017. He is survived by his beloved wife of 61 years, Elizabeth, and by his four children, Les (Laura), John (Lorin),... View Obituary & Service Information

The family of Leslie "Les" Ridgway Graham created this Life Tributes page to make it easy to share your memories.