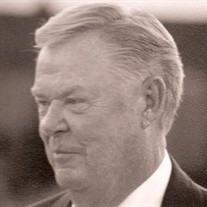 Kurt Max Gronau, 82, of Lake Bluff, Illinois, passed away peacefully from cancer at Journey Care Hospice Center in Glenview, IL the morning of Tuesday, May 28, 2019. Kurt was born in Northbrook, IL on May 17, 1937 to Kurt K. and Ollie (Schroeder) Gronau. He was the oldest of 3 siblings and attended a one room schoolhouse in Northbrook through 8th grade. In 1955, he was in the second graduating class at the original Glenbrook High School and is a graduate of Bradley University, after which he served in the Army Reserves. Kurt had a career in insurance, living and working in Los Angeles, San Francisco, and New York City before returning to the Chicago area in 1977 where he started his own insurance business and has been actively involved in the Lake Bluff/Lake Forest communities. Kurt was a long time member of the Lions Club, having served as president, a board member for the Lake Forest/Lake Bluff Chamber of Commerce, and a 42 year member of First Presbyterian Church of Lake Forest where he served as a Deacon and volunteer through PADS of Lake County. His love of Lake Bluff and the game of golf lead him to serving 20 years on the Lake Bluff Park District Board of Commissioners as the longest tenured Board member, having held every Board office and committee position. For the past 18 years, Kurt has stood alongside his wife, Peg, as owners of Peg Ann Kompany, a Lake Bluff treasure, never meeting a stranger as people shopped over the years. They were always awesome partners in work as in life! Kurt is survived by his loving wife of 36 years, Peg (Coleman), 4 children, and 11 grandchildren: Gretchen (Michael) Wooldridge (Merritt and Calvin) of Morton Grove, IL, Jacki (Timothy) Michael (Harley and Sloan) of Lake Bluff, Rodd (Sarah) Specketer (Sadie, James, Miles, Elizabeth, and Wells) of Lake Bluff, and Melanie (Sean) Walsh (Molly and Jack) of Lake Forest, his two sisters, Carol (Harvey) Applegate of Omaha, NE, and Judy Duszak of Libertyville, IL, and nieces Michelle Blanchard, Kim Bezek, and nephew, Chris Duszak. He was preceded in death by his parents. Visitation will be Saturday, June 8 from 9-11 am at the First Presbyterian Church of Lake Forest, followed by a service celebrating Kurt’s life at 11:00. Memorial contributions may be made to either JourneyCare Foundation, 2050 Claire Court, Glenview, IL 60025 (www.journeycare.org) or PADS of Lake County, P.O. Box 428, North Chicago, IL 60064 (www.padslakecounty.org). For information: Reuland & Turnbough Funeral Directors of Lake Forest www.RTfunerals.com or (847) 234-9649.

Kurt Max Gronau, 82, of Lake Bluff, Illinois, passed away peacefully from cancer at Journey Care Hospice Center in Glenview, IL the morning of Tuesday, May 28, 2019. Kurt was born in Northbrook, IL on May 17, 1937 to Kurt K. and Ollie (Schroeder)... View Obituary & Service Information

The family of Kurt M. Gronau created this Life Tributes page to make it easy to share your memories.

Send flowers to the Gronau family.