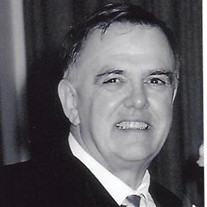 Daniel John Kelly, M.D. was born in Binghamton, New York in 1940 to William J. and Mary S. Kelly. He met his wife-to-be, Lois Lanshe, in junior high school in Allentown, PA. Dan finished high school in Allentown and went on to earn degrees from Yale University and Jefferson Medical College. He joined the Navy as an Ensign and resigned his commission twelve years later as a Commander, a rank for which he was deep selected. As an Ensign during his first three years of medical school he had the opportunity of working with the first groups of NASA astronauts-in-training at the Philadelphia Naval Hospital. During his years in the service he completed a rotating medical internship and a clinical and anatomic pathology residency. His years in the Navy coincided with the Viet Nam Conflict and kindled in him a strong interest in diseases of the skin. He became one of the earliest pathologists to achieve board certification in dermatopathology. He also held boards in nuclear medicine. He was awarded the Navy Commendation Medal and the Presidential Unit Commendation. In civilian life Dr. Kelly practiced medicine at Highland Park Hospital (IL) where he became Chief of the Medical Staff, at Lake Forest Hospital (IL), and at St. Joseph’s Hospital in Milwaukee, WI. Dan was an avid fisherman, taking several trips each summer to the Canadian far north, usually with his children or brother. He loved the English language and reading. He was a stickler for grammar and usage and the scope of his vocabulary was vast. In his leisure time he could usually be seen with a book or a stack of crossword puzzles near at hand. He was also a wicked bridge player. Dan was a multi-sport varsity and intramural athlete in high school and college, but in his later years he played vicariously with football and golf on television being his main interests. He loved watching sports with his young grandsons. Dan’s quick wit and seemingly easy-going nature endeared him to everyone who met him. He was a wonderful husband, father and grandfather, a teacher, a mentor and mediator, a loyal Yalie, and all around true gentleman and scholar. His life was full. He will be sorely missed. Lois and Dan had four children, Britton (Meire) of Wayne, PA, Jeffrey (Alicia) of Highland Park, IL, Reid (Lindsay) of Lake Forest, IL and the late Piper Kelly Moellering (Paul) of Lake Forest, IL. Besides his beloved wife of 53 years Lois and children, Dan is survived by nine grandchildren, Socrates and Enzo Kelly, Everett and Winifred Kelly, Mason, Reese and Hunter Kelly and Esten and Chapin Moellering, his brother Dr. William Kelly (Lenore) of St. Louis, MO, sister MaryEllen Kelly Cooper (the late George) of Hilton Head, SC, and ten nieces and nephews. A Memorial Mass will be held at the Church of St. Mary in Lake Forest on March 16th at 10:00 a.m. In lieu of flowers, donations can be made in Daniel’s name to Ann and Robert H. Lurie Children’s Hospital Foundation, Dept. 4589, Carol Stream, IL 60122, or to Lake Forest Cemetery Foundation on whose board Dan sat. Send checks payable to the Lake Forest Cemetery Commission in care of Phil Alderks, Cemetery Sexton, The City of Lake Forest, 800 N. Field Drive, Lake Forest, IL 60045. For additional information contact Reuland & Turnbough Funeral Directors of Lake Forest (847) 234-9649 or www.RTfunerals.com.

The family of Daniel John Kelly, M.D. created this Life Tributes page to make it easy to share your memories.

Send flowers to the Kelly family.