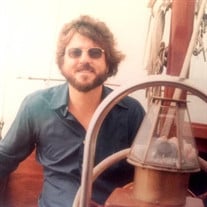 Captain William Johnson Hart (Bill) – more fondly known as Skipper Billy Jigger, the Grand Old Sea Captain – died on September 26, 2018, at the age of 75. Accomplished fireman, fisherman, sailor, and master harmonica player, Skipper was the son of Mary Johnson Hart and Julian Deryl Hart (Deryl) of Durham, North Carolina. He was born in Durham on September 14, 1943, the fifth of six children and youngest of three brothers. He graduated from Saint Andrews College in Laurinburg, North Carolina, in 1967 and later in 1970 from Duke University with a Masters of Hospital Administration. While at Duke, Bill had the foresight to request tutoring from a nice young lady he met on the stairsteps of the UNC-Chapel Hill library during a summer school session. This tutor – Elizabeth Ann Reitzel (Ann) – became his wife on April 27, 1968, and, in his own words, she was the secret to his success. Bill and Ann moved to Chicago in 1970 where Bill became a hospital administrator at the University of Illinois Hospital. After 10 years, Bill ventured out on his own working for 38 years on the Chicago Board Options Exchange. Bill's life was full of accomplishments. Most notably, he was the devoted father and grandfather to 5 children, 2 daughters-in-law, and 2 grandchildren of whom he was most proud. Other accomplishments include winning the 1992 1st place float award at the annual Lake Bluff 4th of July parade, captaining ship voyages to the North Channel in Canada and the Dry Tortugas in the Gulf of Mexico, and loyally and faithfully serving the Village of Lake Bluff and the Lake Bluff Fire Department for 30 years. Bill joined the fire department in 1989 and earned the title of Captain in 2006. He was also a member of the Lake Bluff Zoning Board (1994 – 1996), Chairman of the Zoning Board (1996 – 1999), and Village Trustee (1999 – 2003). His children and grandchildren will most miss his amusement at his own bad jokes, his mischievous pranks, his faithful rendition of "Happy Birthday" on the harmonica, and rides in his 1947 Ford fire truck, which he parked in the driveway in front of his home on Prospect Ave. He was a lover of the sea, boats, old cars, bad jokes, happy hour, and talking to anyone who would listen. He loved listening to music in the dark while watching the skies and the stars and standing under the eaves of the house watching while it rained. He was notoriously the last to leave a party and the first to offer a lending hand, and he never failed to wave at a passerby. His friends and family will remember him always as he taught us to live with curiosity, playfulness, confidence, grace, and joy. Bill is survived by his wife Ann to whom he was married for 50 years, 5 children, 2 daughters-in-law, and 2 grandchildren: Elizabeth Hart and her son Fire Fighter John William Naylor; Catherine Hart; Will Hart and wife Liska Havel; Mary Hart; and Jack Hart, wife Elizabeth Burkholder Hart, and their daughter Avery Ann Hart. He is also survived by his two brothers and their wives: Harvey (Deryl) Hart and Pascale Michel-Hart of Bow, Washington, and John and Annie Hart of Phoenix, Arizona, sister Margaret Hart of Ann Arbor, Michigan, 24 nieces and nephews and countless friends in Lake Bluff, Chicago, North Fort Myers, Florida, North Carolina, and beyond. Services in the form of a Send-Off Party will be held at the Lake Bluff Fire Station at 4 p.m. on Sunday Sept. 30, 2018. In lieu of flowers, donations can be sent to the Lake Bluff Fireman's Association at P.O. Box 22, Lake Bluff, IL 60044.

The family of Bill Hart created this Life Tributes page to make it easy to share your memories.

Send flowers to the Hart family.